Walking along at around 10,000 feet on Mount Shasta I attempted to find the perfect heart shaped stone. You see, I have found many of them on my travels into various geographical locations. Usually while in nature, on a hike or while practicing yoga.

I was given a heart of red stone by a Native American whom I met on a hike in Sedona, Arizona. After a long talk about philosophy, we gave each other a hug. I did some yoga on a rock nearby while he played his flute. A lizard stood by, and watched me. Click on the hyperlink below to view.

Lizard video link Sedona, AZ
In my frequent drives into the Rocky Mountains of Colorado I would spend hours hiking into the forests. One day finding a rose quartz heart there while on a hike with Lulu. 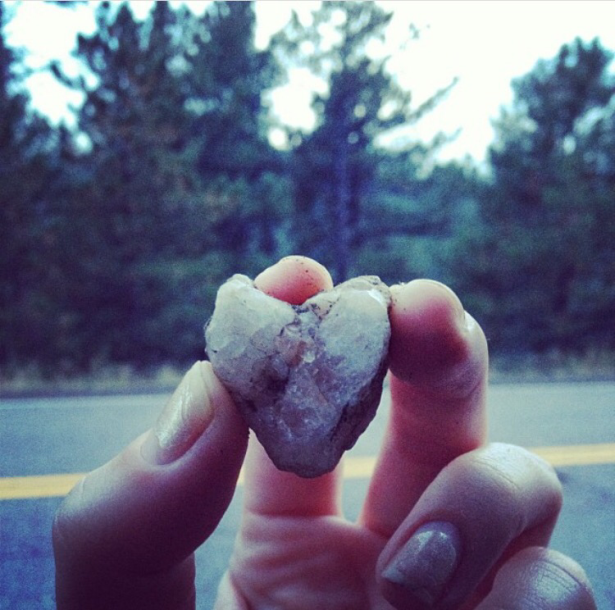 While living by the Russian River in Cloverdale, California I would meditate by the river often after my yoga practice. One day an otter was upstream laying on his back on the other side of the river. He would look over periodically, and continue about his business while I carried on with my own. That same day I found a two heart shaped river stones… One large, one small. 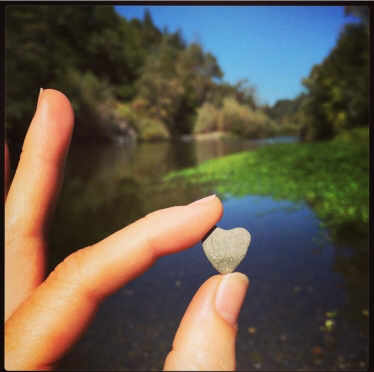 While walking at the 10,000 feet at Mt. Shasta it felt right. The day before while at Lake Siskiyou, I looked down to find a lizard holding refuge under my shirt laying on a rock. When I picked my shirt back up, I did it carefully as I didn’t want to harm my visitor. I snapped a little picture, made sure the dog didn’t have him for a snack, and we were on our way. 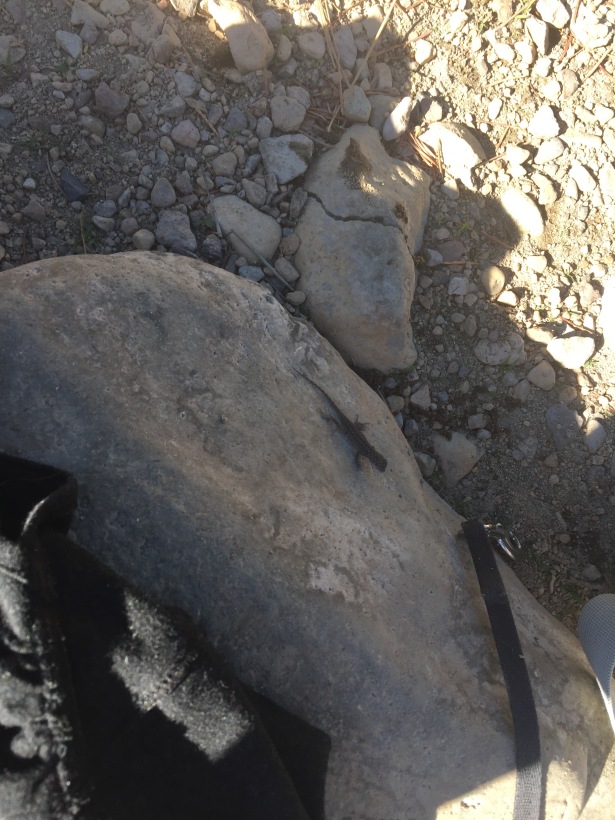 The next day there was a chipmunk standing nearby stuffing his chubby cheeks watching as I wobbled back in forth in the intermittent gusts of winds in tree pose. I was feeling at one with nature, and had a good feeling I may find another heart stone. 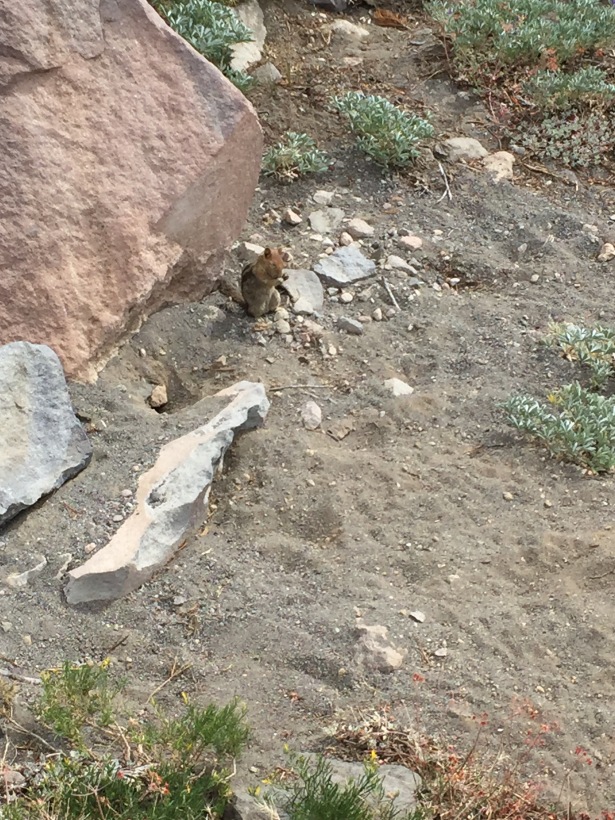 When I looked down…
I did see a heart.
While it was surrounded by dirt, it looked perfect.
When I picked it up, it was just another abstract rock. 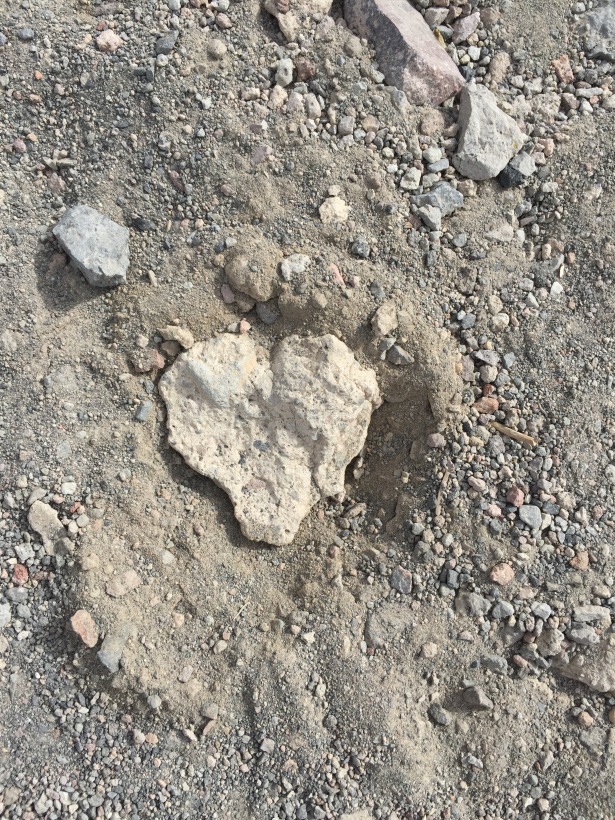 There is no perfect heart.
No perfect heart shaped stones.
The most perfect hearts are molded that way.
…and sometime the hearts covered in dirt, cracked, and imperfect are actually the best hearts.

As I walked along further I found many stones to form a heart. 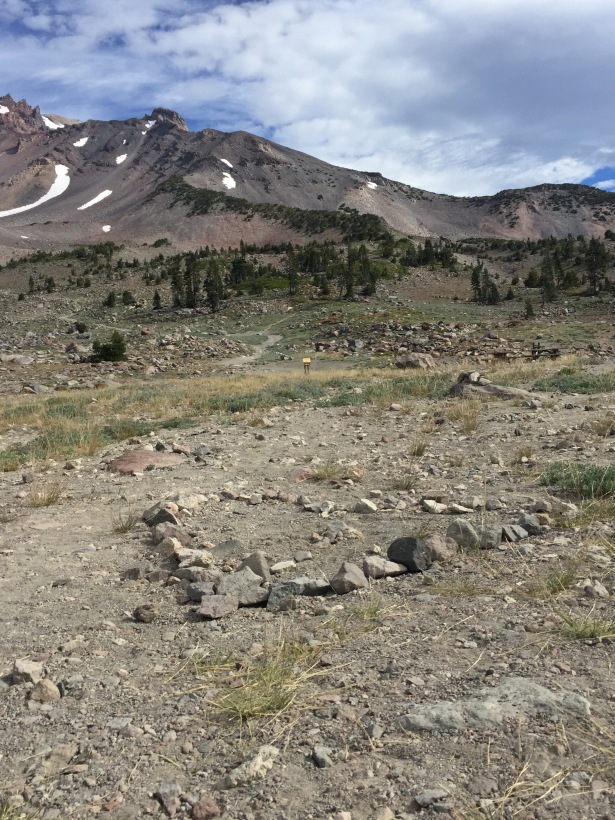 Then I remembered, to form a good heart sometimes it takes not just one… But many to make it the best heart.

Thanks for the reminder Mt. Shasta.